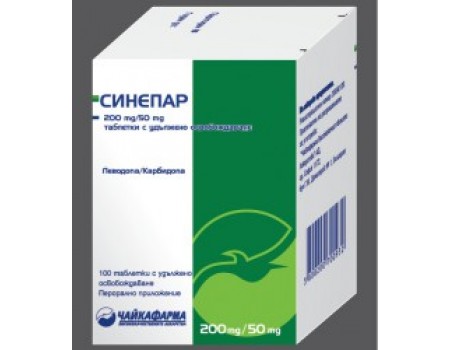 What Sinepar is and what it is used for
Sinepar is a medicine that combines the aromatic amino acid carbidopa monohydrate (a decarboxylase inhibitor) with levodopa (a metabolic precursor of dopamine) in a prolonged-release tablet. It is used to treat the symptoms of Parkinson's disease.

How does Sinepar work in the treatment of Parkinson's disease?
Sinepar tablets slowly release the two active ingredients - levodopa and carbidopa.
The symptoms of Parkinson's disease are thought to be due to a lack of dopamine, a chemical normally produced in several areas of the brain. Dopamine transmits signals to parts of the brain that control muscle movement. Thus, the reduced production of dopamine leads to difficulty in movement.
Levodopa compensates for the lack of dopamine in the brain, while carbidopa ensures the supply of the required amount of levodopa in the brain. In most patients, this leads to an improvement in the symptoms of Parkinson's disease. The prolonged-release dosage form maintains a constant amount of levodopa in your body.

2. What you need to know before you take Sinepar

• if you are allergic to the active substances or to any of the other ingredients of this medicine (see section 6);
• if you have suspicious skin changes (moles) that have not been seen by a doctor or if you have had skin cancer;
• if you have been treated for depression with MAO inhibitors (except for MAO-B inhibitors, such as selegiline);
• if you have narrow-angle glaucoma.

Warnings and precautions
Talk to your doctor or pharmacist before using Sinepar.
Tell your doctor if you or your family / caregiver notice that you develop an urge or overwhelming desire to behave in ways that are unusual for you, or if you cannot resist the impulse, desire or temptation to perform any activities that could hurt you or others. These behaviors are called impulse control disorders and may include gambling addiction, overeating, or excessive shopping, unusually strong sexual urges, or increased sexual thoughts or feelings. Your doctor may need to review your treatment.
Tell your doctor if you have or have had any health problems, such as:

Children and adolescents
The safety and efficacy of Sinepar in infants and children have not been established and its use is not recommended in patients under 18 years of age.

Other medicines and Sinepar
Although Cinepar can be given with other medicines, there are exceptions. Your doctor may warn you about incompatibilities with some other medicines, such as:
• antihypertensive drugs (medicines that lower high blood pressure - nifedipine, propranolol, enalapril). Tell your doctor, as it will probably be necessary to change the dose of the antihypertensive medicine.
• tricyclic antidepressants - their concomitant use can cause hypertension (high blood pressure);
• drugs used in Parkinson's disease - anticholinergic drugs (detrusitol, akinestat), COMT inhibitors, MAO inhibitors, amantadine;
• iron and iron-containing additives;
• drugs for mental illness - neuroleptics (risperidone, phenothiazines, butyrophenones);
• medicines used to treat tuberculosis - isoniazid;
• antiepileptics - phenytoin;
• muscle relaxants - papaverine.

Your doctor and pharmacist have more detailed information about the medicines you should avoid during treatment with Sinepar.

Tell your doctor if you or your family / carer notice that you develop addictive symptoms, leading to a strong desire for high doses of Cinepar and other medicines used to treat Parkinson's disease.

Tell your doctor about all the medicines you are taking or intend to take, including those obtained without a prescription.

Pregnancy, lactation and fertility
It is not clear exactly what effect Sinepar has on pregnancy.
Levodopa passes into human milk.
If you are pregnant or planning to become pregnant or breast-feeding, tell your doctor before starting treatment with Sinepar. He will assess the benefits of treatment and the possible risks.

Driving and using machines
The individual response to the tablets may vary. Some side effects have been reported with Cinepar
Serious side effects

Common side effects (may affect up to 1 in 10 people)
• Depression, in severe cases with suicidal thoughts.

Uncommon side effects (may affect up to 1 in 100 people)
• psychotic disorders with delusions (crazy thoughts) and paranoia (mania for persecution) Rare side effects
• Muscle stiffness, heavy sweating (neuroleptic malignant syndrome);
• Swelling of the face, lips and tongue, which may cause airway obstruction.

Not known (cannot be estimated from the available data)
• Uneven pulse;
• Illness due to a lack of white blood cells (leukopenia and agranulocytosis), which can cause general weakness, a tendency to inflammation or infection, especially sore throat and fever;

• Severe illness due to a reduced number of red cells (anemia), which can cause fatigue, headaches, shortness of breath, dizziness, paleness and sometimes yellowing of the skin and eyes. Contact your doctor immediately;
• Bleeding from the skin and mucous membranes and bruising due to changes in the blood (too few platelets);
• Spasms of the eye muscles with a gaze upwards;
• Spontaneous bleeding from the skin and / or mucous membranes, joint pain and swelling, often with acute stomach pain and bleeding (Enoch-Schönlein purpura);
• Skin cancer. Contact your doctor immediately if new scars appear on the body or birthmarks increase or change in any way;
• Prolonged, painful erection.

Very common side effects (may affect up to or more than 1 in 10 people)
• Unusual involuntary movements.

Common to very common side effects (may affect up to 1 in 10 people to more than 1 in 100 people)
• Hallucinations (can be serious);
• Palpitations;
• Dizziness;
• Nausea, dry mouth, which may increase the risk of tooth decay;
• Confusion.

Common side effects (may affect up to 1 in 10 people)
• Involuntary and unfocused movements, manifesting as movements of throwing, throwing and sudden twitching;
• Unusual fatigue and drowsiness. Very rarely extreme drowsiness during the day and sudden twitching;
• Difficulty breathing. In some people, it can become a serious side effect;
• Dizziness and possible loss of consciousness when changing body position from lying to sitting or from sitting to standing due to low blood pressure;
• Alternating periods of over-expressed movements with complete stiffness;
• Headache;
• Burning sensation, tingling of the skin;
• Very slow twisting movements;
• Diarrhea, vomiting, constipation, digestive problems;
• Muscle spasms;
• Loss of appetite;
• Chest pain;
• Fainting and weakness;
• Unusual dreams, insomnia.

Keep out of reach of children.
Do not use this medicine after the expiry date which is stated on the carton. The expiry date refers to the last day of that month.
Store below 25 ° C.
Store in the original package.
Do not throw away any medicines via wastewater or household waste. Ask your pharmacist how to dispose of medicines no longer required. These measures will help to protect the environment.
6. Contents of the package and additional information 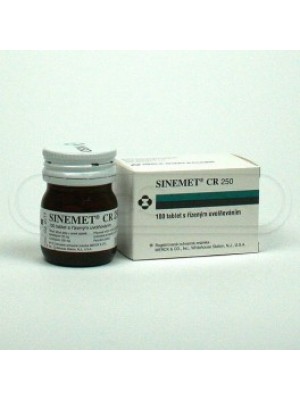 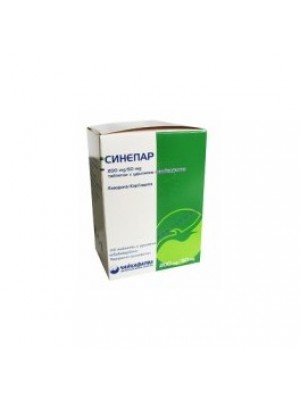 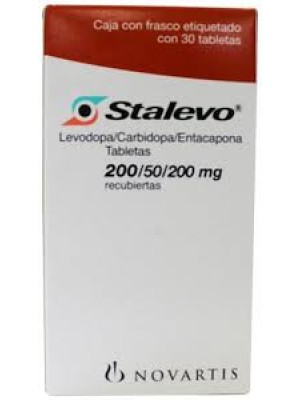